Our vision is to be remembered as the best holidaymaking company in Sri Lanka. Our mission is to become the best one-stop-solution to any discerning holidaymaker to this beautiful island.

Holiday making was a pleasant accidental development to us.

In 1979, Amare, a founding partner of this company, was an Authority Officer at the international Airport in Katunayake. By then, there was no official tourism industry as such existed. Because he conversed in English it was him who were approached by the holidaymakers with their requests about holiday planing in Sri Lanka. Amare was soon to discover himself as a chauffeur guide for holiday makers. Since then, he polished up his language skills further and acquired the official national tourist guide license. He worked as a group tour handler for Walkers Tours for few years. In 1985, he started working as the company manager of Ceylon Resor at the Airport. His operation handled about 35 to 40 vehicles daily with foreign holiday makers up until 2006.

Anuradha and Asanga, elder and younger sons of Amare respectively, learned the nuts and bolts of holiday making from their early teenage years. Of cause, their first ever job was to wash up as many cars as possible every day. They both seem to have not enjoyed that particular job that much. However, they have been working on holiday making for decades now. Anuradha is a western university educated duel citizenship holder, who lived in Fukuoka in Japan, London and in Odense in Denmark for collectively thirteen years. Asanga worked in three grand hotels in Negombo as an assistant accountant for six years.

Cross Country Travels Sri Lanka was registered on 30th of June 2009, W AA 7616, as a partnership. The company have gained Sri Lankan Tourism Development Authority's registration,  TS/TA/1200, and the Civil Aviation's registration, A-838. In January 2019, the company become a sole proprietorship.

We all have our deep passion in archaeology, history, nature and adventure ...

We want to offer you some unique experience in Sri Lanka!

“Not all those who wander are lost” 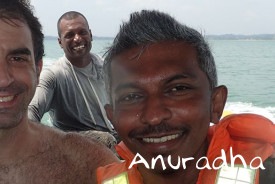 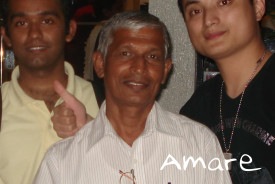 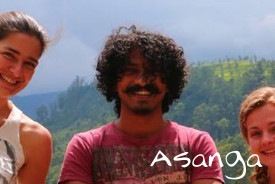